VPN for Off Campus Research

To access Nexis Uni, HeinOnline, and other subscription databases off campus, you must set up your VPN! See the video above and the more detailed instructions below:

Attorneys divide the law into two types of sources:

Agencies also issue administrative decisions, which are similar to cases but made by agency bodies, and guidance documents such as manuals, opinion letters, and handbooks, which provide even more detail than regulations.

Legal sources are further divided into:

To be mandatory, a source must be:

There are many places that you can locate primary sources:

The best sources for federal and California primary sources are listed below. To find sources for other states, see the American Association of Law Libraries' State Online Legal Information page. 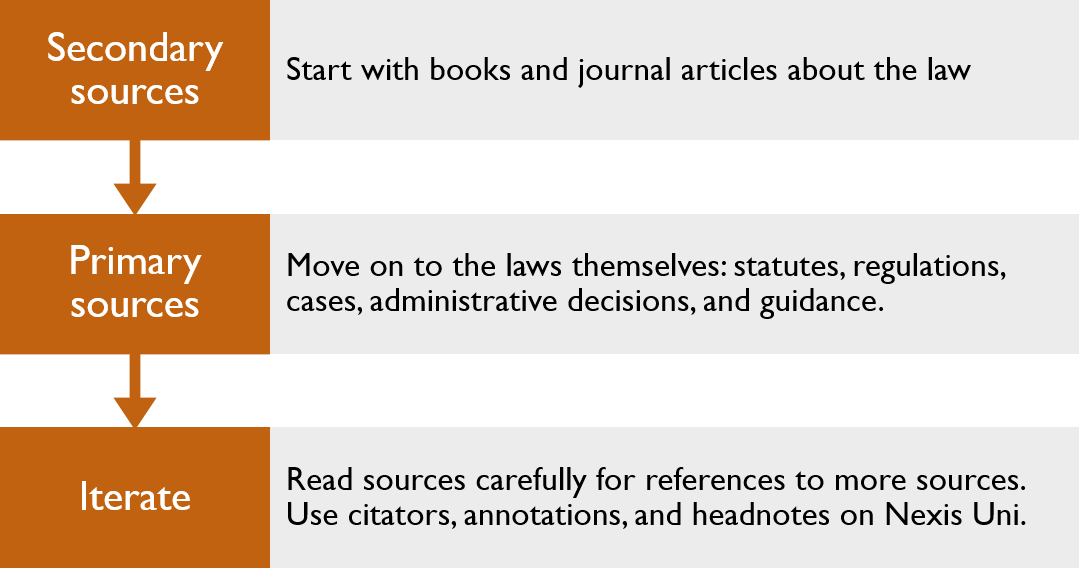